I always love when other devs share wishlist and other marketing stats. It helps me figure out what is going on with my own stuff much better, what to expect etc. Especially if it’s a combo of things like not only showing wishlists but also where they came from directly. So I’m here to return the favor:

I posted my page for my pseudo-3D racing game Voidspeed Outlaw on steam as coming soon about 2 weeks ago. 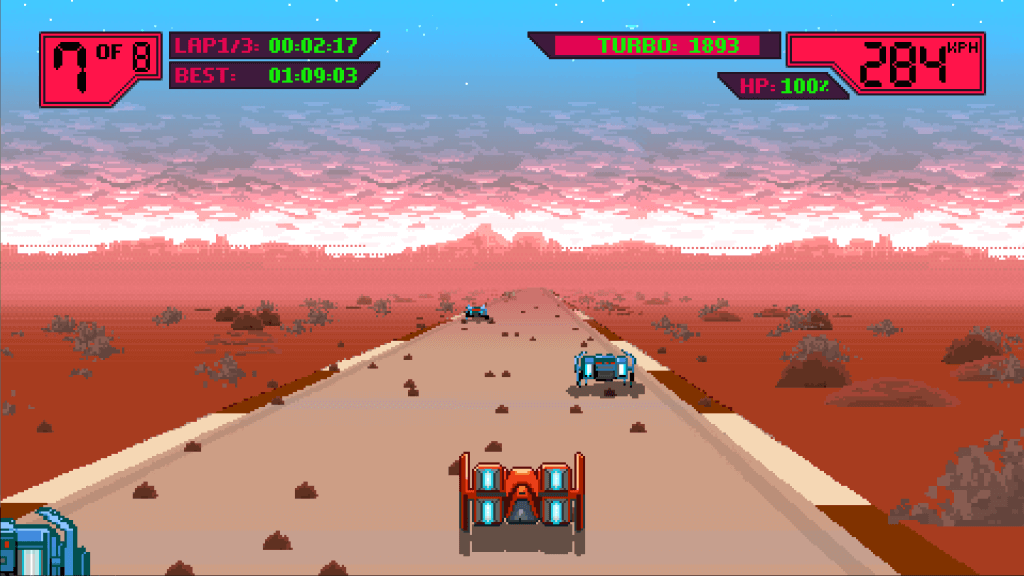 Page visits wise it’s practically all from posts that I’ve personally made (and a few the artist did), or that a few journalists have posted. Traffic within steam is practically non-existent.

It’s a two-person team currently and neither of us are working on the game full time yet. Which means I’m doing the marketing right now but have extremely limited time resources for it. I’ve set a specific goal of reaching 2000 wishlists with my work by March-April 2021 and am tracking progress towards that. By then or sometime before that I will try to either up that trend to 5000 myself through paid marketing or find a publisher for that.

Breakdown of what I did and what result it had:

Feel free to skip to conclusions if you don’t want the step by step break-down.

Posted two tweets with flashy gifs and steam page links of the game as an announcement of the game. I messed up the first one in the excitement and forgot to add any hashtags. In any case I have an ok twitter following (4400 followers, https://twitter.com/GamesbyMiLu ) and the gifs I use have previously moved quite well. So so did these tweets. The first tweet has amassed so far 135 retweets and 354 likes and 23k impressions.

The surprising (to me) part here though is that even at such high visibility numbers and engagement through likes and retweets the number of actual steam page link clicks is still only 123.

(these are stats right now, they were about 60% of that amount the end of the first day).

If I compare these to steam page visits then I can see about the same amount of visits again from people searching for the game directly on steam (I know the source is still these tweets since I literally only made these 2 tweets and told a couple of friends about the page posting).

Posted an announcement gif and steam link on the facebook group “Indie Game Promo”. Did various smaller things like retweeted my announcements from the previous day etc. The facebook post got 180 likes and 4 shares.

Posted a small funny gif of editing the trailer on facebook group GameDev Show and Test. This was really more so since I thought it was fun, I wasn’t really expecting much or anything here. Posted the same on twitter. Posted another small tweet of “Hey look here’s my new game” (4k impressions). Much less direct marketing here.

I believe some of the results on this day were from overflow/late comers from the previous 2 days work.

No marketing action. Didn’t even mention the game anywhere. Was too busy programming, but also kind of wanted to see how low it dips if I do nothing.

I took a bit of time to send out an actual proper press release about the game announcement to www.gamespress.com (check their site on how to do it). It took a bit of time to figure out the formatting and what is going on, but I’d rate this as a very good low bang for your buck action for specific major announcements. Surprisingly/Luckily there are journalists who open these and read them (even for unknown studios and games).

I got a couple of small game news sites and places to mention the game directly from this press release already this day. I also sent out a tweet which did ok (6k impressions). Most of the wishlists are probably from the journalist mentions though.

Got an article from Gamespark japan though from the previous days press release which was great https://www.gamespark.jp/article/2020/09/10/102041.html . A few other smaller articles as well. Results wise I’d say it seems like most of the wishlists this day are from gamespark though. But I’m of course super grateful for every journalist who mentioned it!

Actually took a few hours of time to do some marketing sleuthing. I was running out of places to post. Looked for forums for my genre(s), subreddits and facebook groups.

I fail at the self promo rule for most subreddits though (I post 100s of comments, very few full posts), so my reach with this account is limited. I ended up finding 1 facebook group though “Retro Indie Pixel Game” and a good subreddit r/indiegaming. Posted in both.

Not much direct marketing work. Got super busy with code/other work, not willing to work on a weekend due to work-life balance sanity reasons, etc. I posted random in dev gifs on twitter while I was working a couple days.

Results: Lowest amount 2 wishlists per day, Highest at 18. Lowest was when no posts for 2 days, highest was when I posted WIP gifs. 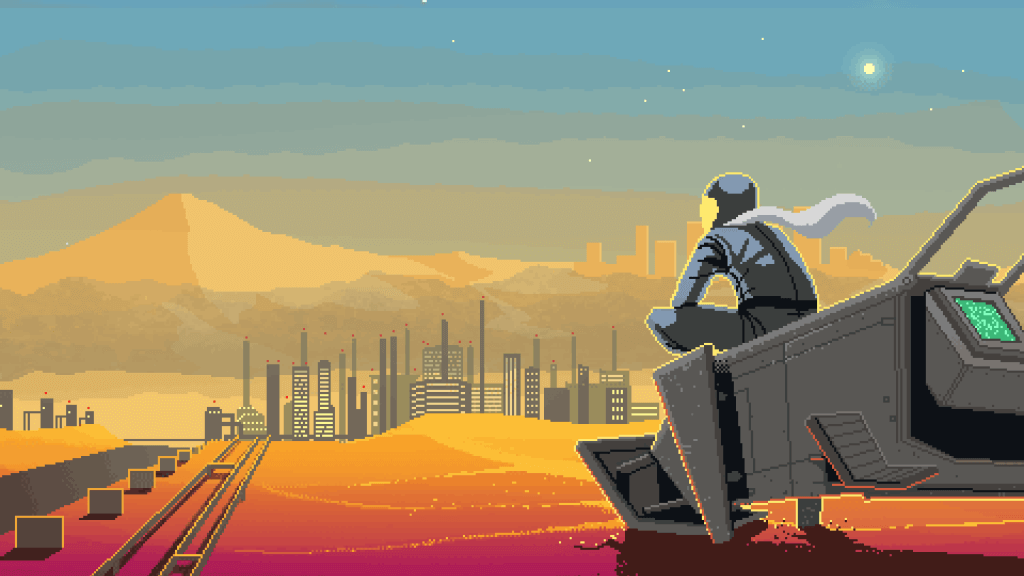 This has made me look at the tweets and posts I see at like 5k favourites/likes from other games a bit differently. It’s great, but you still even at that level need a bunch of them.

If I tweet out a solid tweet with a flashy gif then the amount of retweets is approximately comparable to the amount of actual page visits I get – page visits are 1.5x-2x the number of retweets. Half are direct link clicks, the rest are people going on steam and writing in the name of the game directly. This amount is surprising (and a bit lower than I thought) to me.

Luckily since the gifs usually show a lot of the game already though then a high percentage of these page clicks seem to turn to wishlists directly (about half off the top of my head).

2. Gathering wishlists is 100% up to me for the foreseeable future.

I need to keep posting. Steam gives almost no pageviews at all at these scales.

Maybe this is due to the algorithm also factoring in my previous game (which is showing it’s age in sales), or maybe it’s just standard by now. I’m still figuring that part out. In any case the days I did basically 0 posting anywhere got added wishlists at maximum 9 (which was probably leftovers from a previous day) and at minimum a super low unsustainable 2.

3. Luckily though there are relatively low effort places to post and get ok results.

r/indiegaming, r/indiedev, facebook Indie Game Promo, sending a press release to gamespress.com etc. Most of the time is spent finding these places, not actually posting there, which is also good since if I generate new content to post once found these places can be reused.

4. I seem to be on track (when comparing to my previous games stats + other stats I have access to) to hit 2000 wishlists by march or april 2021.

+ This is good, because it basically says that the game is worth it to create for me at the current level or resource investment.
+ This is especially good because it’s only factoring in stuff that I’m doing currently. It’s not factoring in possible bigger media interest later, hiring a marketer, compounding interest over time, releasing a demo and a surge of wishlists from youtubers playing it (most of the wishlists for my previous game came from there) etc. Basically there’s a big possibility of raising the ceiling here quite well since I haven’t really done much yet.
+ This is bad though because it’s also quite a grind so far. I’m personally generating every single wishlist and page view. While also programming the game, doing art for it etc all this not full time. I’ll have to check sustainability a month or two down the line and maybe get a marketer earlier depending on how tired I get and if the trend goes up or down.

I can do another post a bit down the line on how I made it to the 2000 wishlists are enough for me conclusion, how I’m tracking progress towards that etc.

Hope these stats and conclusions are helpful to you on your own journeys! If you enjoyed the post and like the game itself then please consider wishlisting and following on steam. Much luck to you all with your own games! 🙂