This is a very quick overview of Voidships 2D top down space battle gameplay. This is part of the game is the battle map and it’s where most of the action takes place. 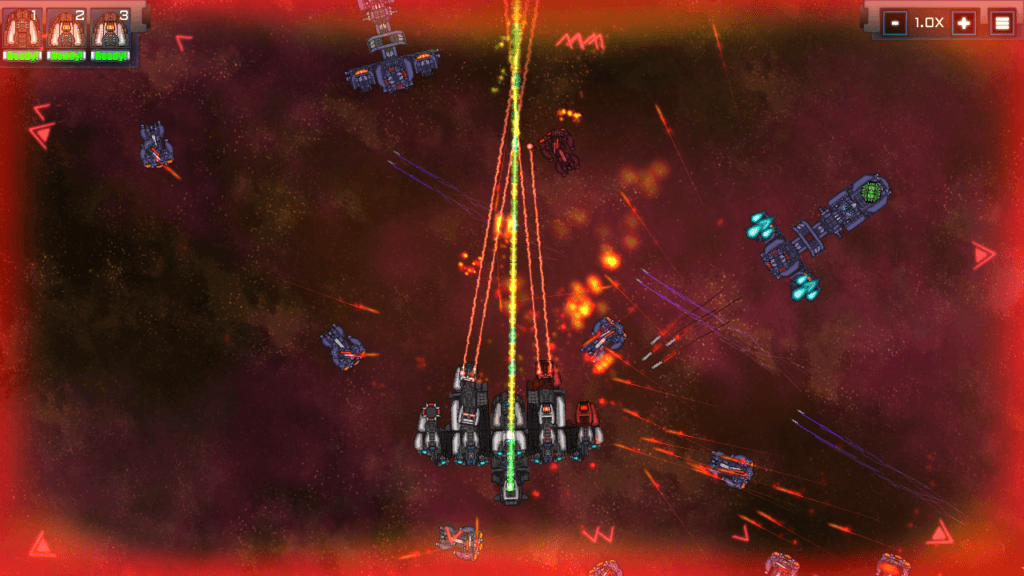 Every time there is a hostile fleet encountered on the system map you get transported to the battle map.

You will battle enemy fleets consisting of large battleships like your own and various smaller units. These battleships are built out of modules. Each module is either an engine, a defensive ship system or a weapon. You can target specific enemy modules ony by one. This means you can make strategic decisions on the battle field. Allowing you for instance to destroy an enemy battleships engines to leave it stranded on the battle field. Or if the enemy has a specific weaponsystem for which you have no good counter you could use all your special systems and abilities to destroy that specific weapon. Then move in and finish the job impervious to the rest of the enemies firepower.

How this all plays out depends immensely on the enemy ships countered and your own ship build. Each enemy faction will use very different tactics, weapons and systems. You have 32 different weapons and systems to choose from when building your own ship to counter them. Most of the fun in the game for me is trying to figure out different builds for your ship so I’ve tried to make the selection of modules as varied as possible.

You can either control your ship in RTS style. Right click to move, Right click and hold to move and turn in a specific direction, Right click on enemy to attack that enemy etc. Most of the usual RTS controls apply. You can also select specific modules from your ship like they are units and give them separate targets.

The other option is WASD control mode. This uses WASD (+QE for strafing) to pilot your ship directly. In this mode the mouse targets and left mouse button fires.